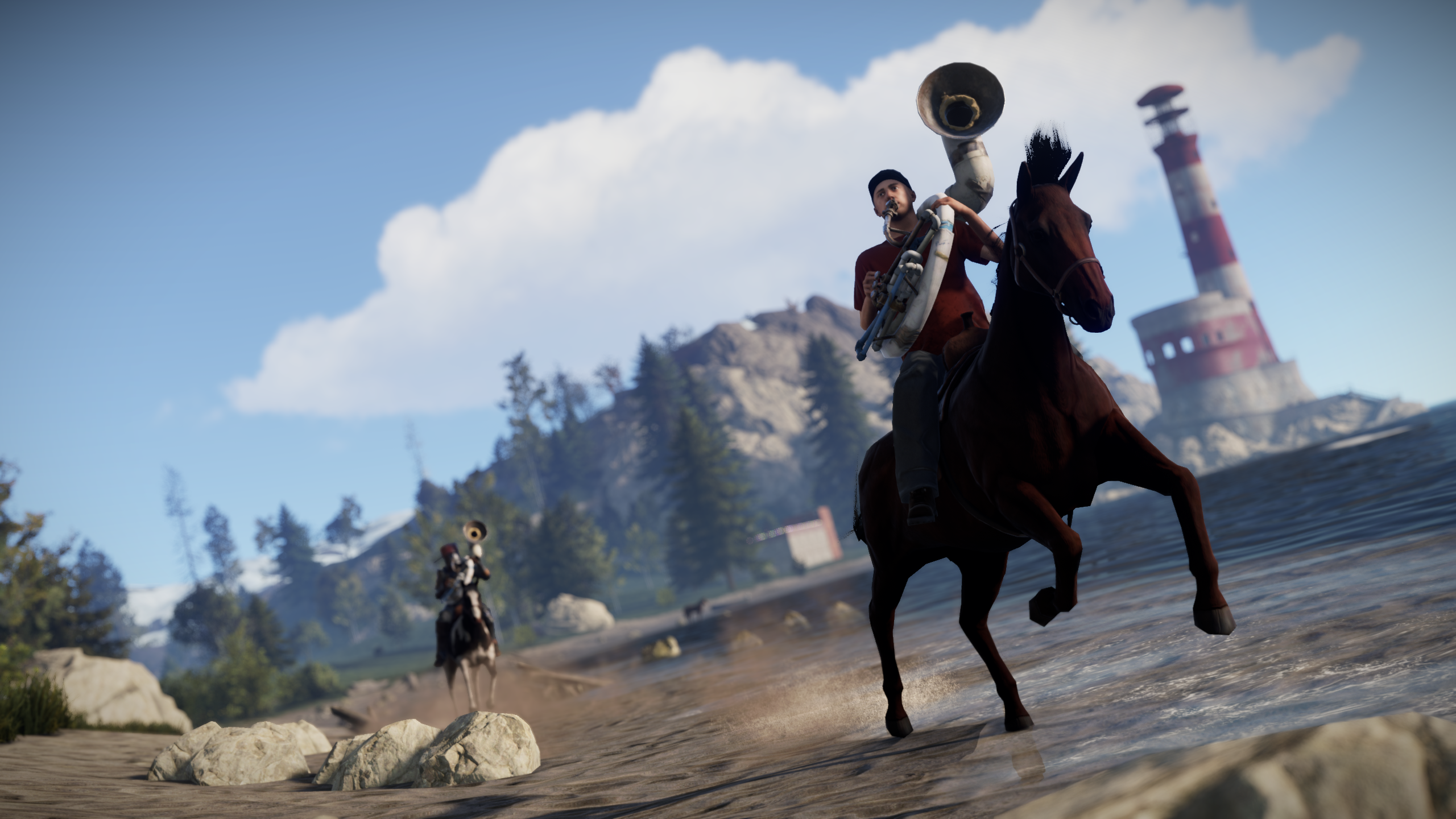 Team Changes
Early this year we stopped doing full time prototypes and moved most of those staff into the Rust team. It wasn't productive to keep going like this.

The pattern that developed was that we had a bunch of talented developers that were working on stuff for 2 years waiting for me to basically throw it all away. They didn't feel part of the team because they operated like satellite studios, only really needing to communicate with each other.

When everyone joined the Rust team everything clicked into place and felt right. Everyone pulling in the same direction, everyone feeling useful, everything being done is worthwhile.

We're not throwing away the stuff that got made in the prototyping age. There's opportunities to exploit the content we created and we have plans to do just that.
thumb_up14
thumb_down0
Chippy

One prototype that got out of the incubator just before the incinerator blast shield doors were closing was Chippy.

We're really happy with how Chippy was received on its release and Ryleigh and James have been hard at work updating and expanding it since release.Rust players got a special arcade machine item when they bought it too!

Here's some stats
thumb_up4
thumb_down0
Videos
Earlier this year Paddy joined us to up our video game. And he really did. Here's a selection of the Rust update videos this year.Everyone works so hard on each update and we haven't been the best at tooting our own horns. It makes a lot of sense to get some decent videos to show off all the awesome stuff we're doing in our updates. Paddy has exceeded our expectations this year and we couldn't be happier to have him on our team. 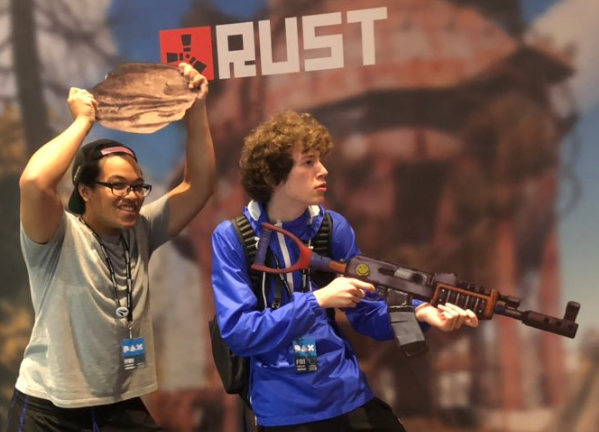 We had an experimental booth at PAX this year. You can read more about that here. It actually turned out okay. A lot of people were pleasantly surprised to see us there and there weren't any huge fuck-ups. It was nice to have positive interactions with our players. Rust players are a lot less abusive in real life and GMod players are teddy bears. We'll probably do it again but we need to figure out a way to do it cheaper with less work.

We also opened our merch store - which we hope to expand on in 2020.
thumb_up2
thumb_down0
Rust Console

We announced that Rust Console exists and is coming some time next year. It's taken us a long time to do a console versions, and there's a couple of reasons for that. First of all Rust was in early access - we wanted to devote 100% of our time to the PC version. I don't think it would have been fair to spending Early Access money to explore other platforms. Secondly, there's a lot of rushed, short sighted low frame rate survival games on console and we didn't want to be in that group. If we release a console version it's got to perform right and it's got to play right. It's got to be the best survival game you can get on a console.
thumb_up8
thumb_down1
Rust (Steam)
Rust has had a really great year. New monuments, ridable horses, pilotable helicopters, a ton of fixes and optimised to perfection.

When the team expanded we suggested the idea of expanding the instruments system we already had, since it seemed like low hanging fruit. If we felt like there was enough there to justify it, we could make it a special DLC. Jarryd lead that project and we released it earlier this month to a really positive reception. You can buy the Rust Instruments Pack here.

With our bigger, stronger and sexier team we think we can pull off Rust's biggest update ever next year. So we're going to try to do that.
thumb_up5
thumb_down0
Garry's Mod

Garry's Mod just turned 15 years old. We celebrated with a free weekend (which wasn't on a weekend) and the 12 days of Garry's Mod. We also added the Toolgun to Rust.

I'm hoping we'll have something to show Garry's Mod fans next year. If not I've wasted another year and I'm sorry.
thumb_up12
thumb_down0
Happy New Year
Thanks to everyone that has played and bought our games this year - you're the reason we're able to enjoy our work so much. Thanks to everyone that has reported bugs, that have revealed exploits and have snitched on cheaters - you're the reason we can keep improving our games.

Happy New Year from everyone at Facepunch ♥
thumb_up6
thumb_down0